IS THERE LIFE ON MARS?

The Communist revolutionary dream,
a curious sobbing sea
to the nuclear Cheshire Cat.

A honey spectral dance
for the golden lover imagining
the rear-view mirror sun,

while the Weimar regime splendor
overwhelms squabbling teachers
and their sullen sleepy confessions.

Soldiers cutting up the border
drawing the salt of the kiss
Oh man,
look at that permanent bliss

Sources and Method: This poem was inspired by David Bowie’s “Life on Mars,” drawing on its rhythms for the song’s cadence. Lines from the poem were cut up from newspapers including Haaretz and the Guardian and Lewis Carroll’s Alice in Wonderland.

Emily McAvan is a Jewish Australian poet whose work sits at the intersection between sacred and profane. 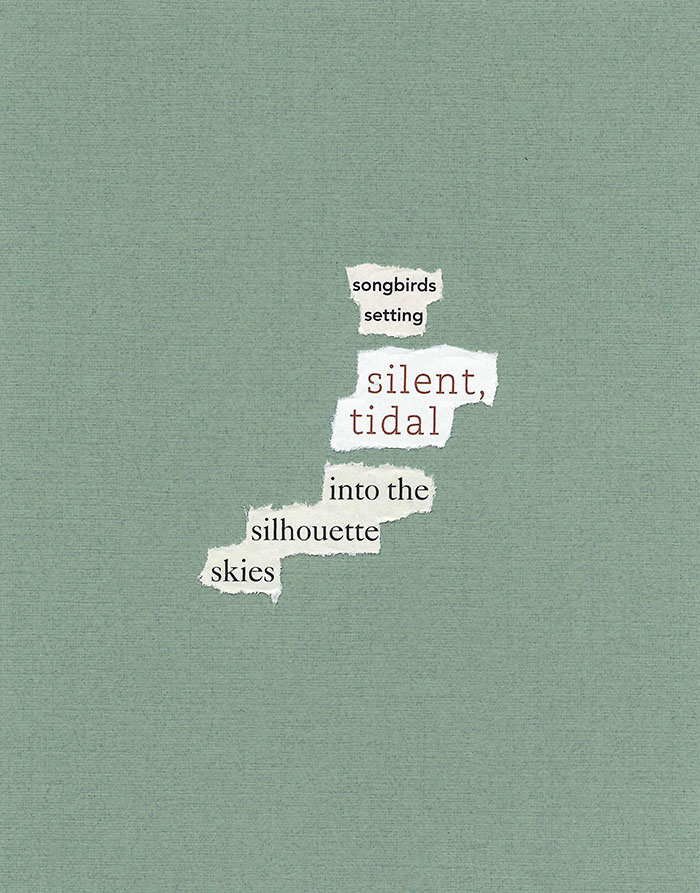 Source & Method: This visual poem is from an ongoing series of collages built from phrases created unintentionally through the accident of magazine page design. Each chunk of text (roughly the equivalent of a poetic line) is entirely removed from its original sense and syntax. The text is not altered and includes no attributable phrases. The lines are sourced from different magazines.​

Artist, poet, and freelance writer, J.I. Kleinberg is a Puschart nominee and winner of the 2016 Ken Warfel Fellowship. Her found poems have appeared in Diagram, Heavy Feather Review, Rise Up Review, The Tishman Review, Hedgegrow, Otoliths, and elsewhere. She lives in Bellingham, Washington, and blogs most days at thepoetrydeparment.wordpress.com. 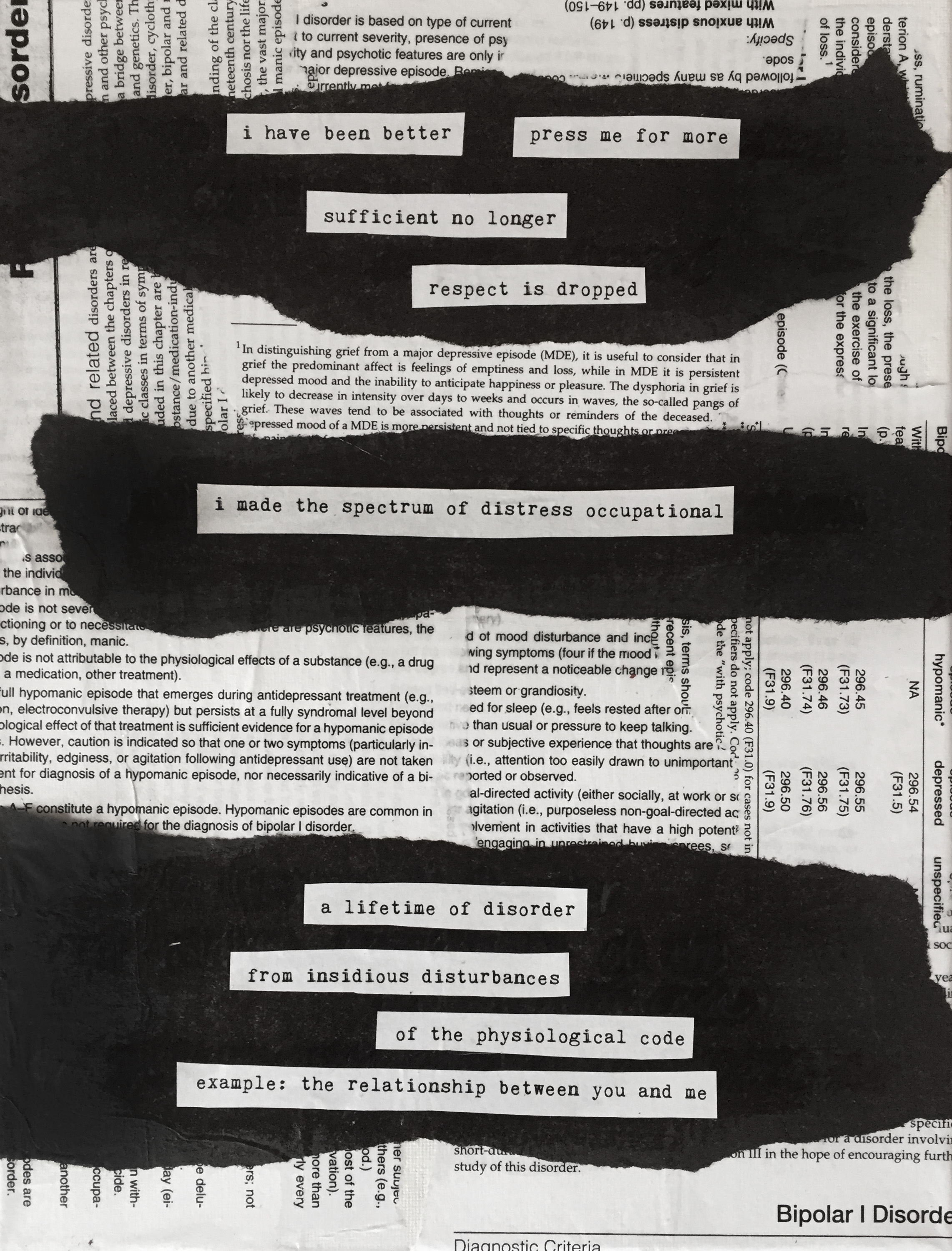 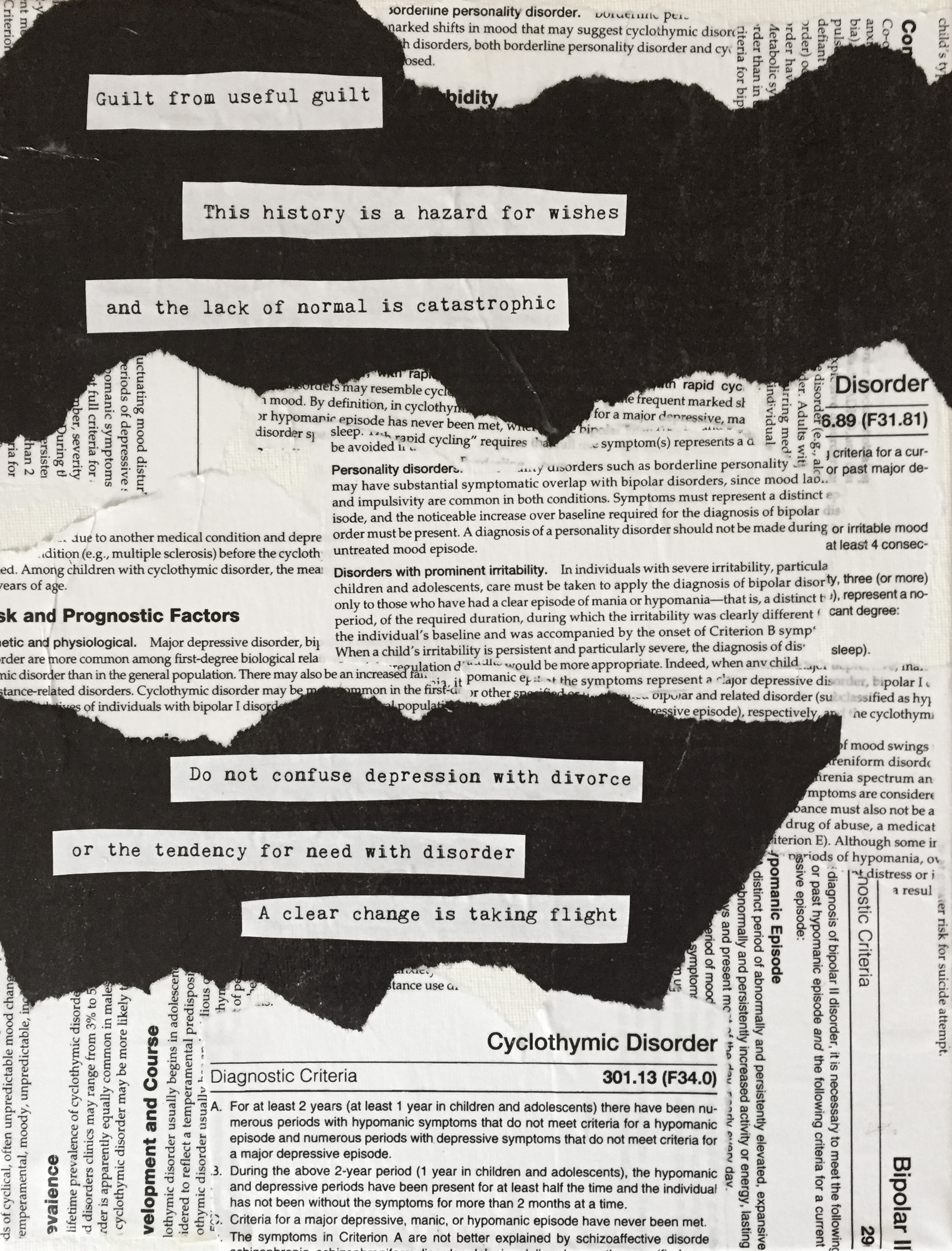 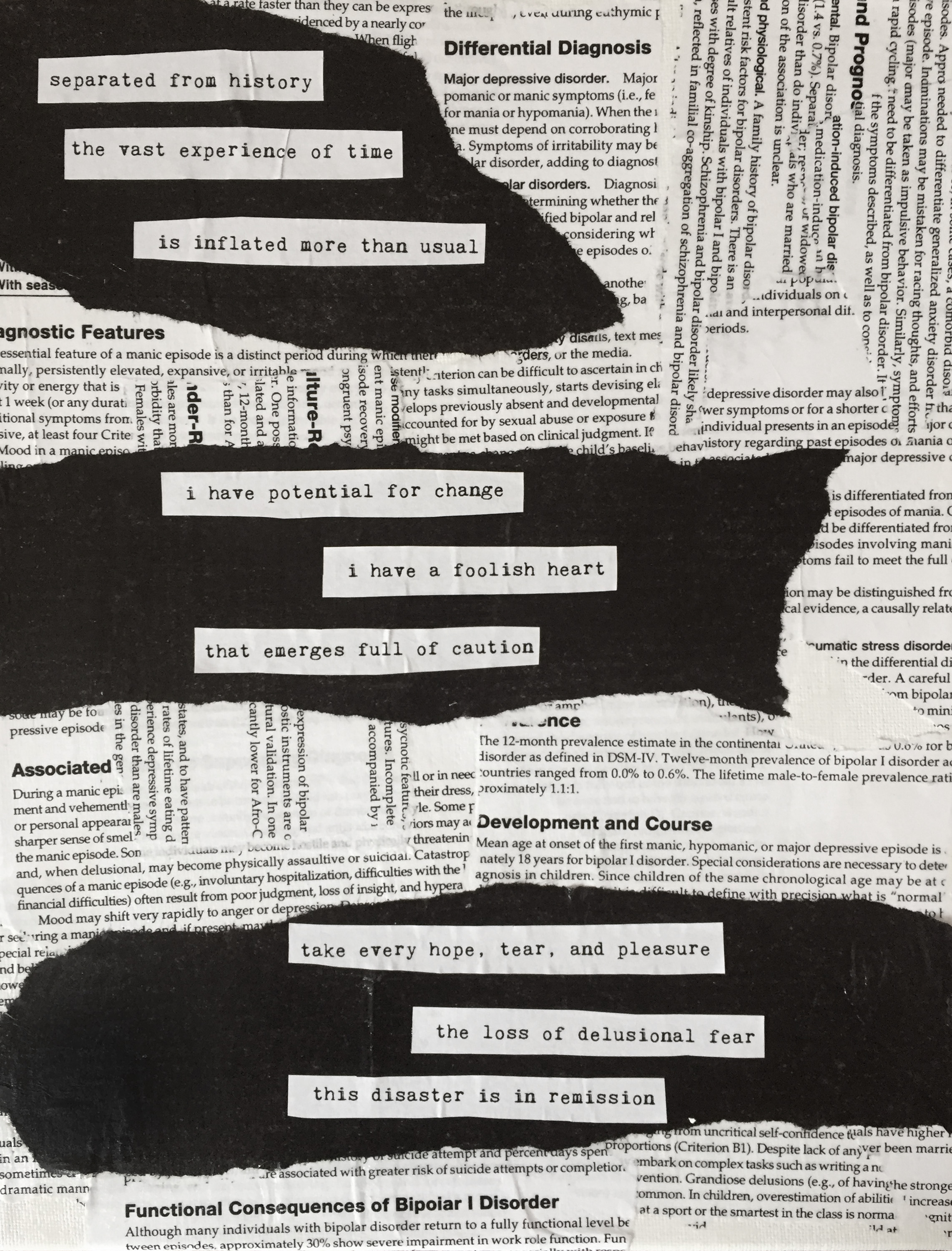 Source: Diagnostic and Statistical Manual of Mental Disorders, 5th edition, entries on Bipolar Disorder & Cyclothymia
Method: My source text being the DSM-V, I selected words and phrases from relevant diagnostic criteria and symptom descriptions that allowed me to explore the disorders that have caused significant disruption in my life, the havoc they wreaked, and the potential for healing in their wake. I maintained a very literal voice, as the process of describing mental health issues is one that requires intense vulnerability.
Erin Marie Hall is a poet and collage artist from South Bend, Indiana. She received her BA in English from Indiana University and spends her free time doing karaoke and going through way too much Mod Podge.
Widgets