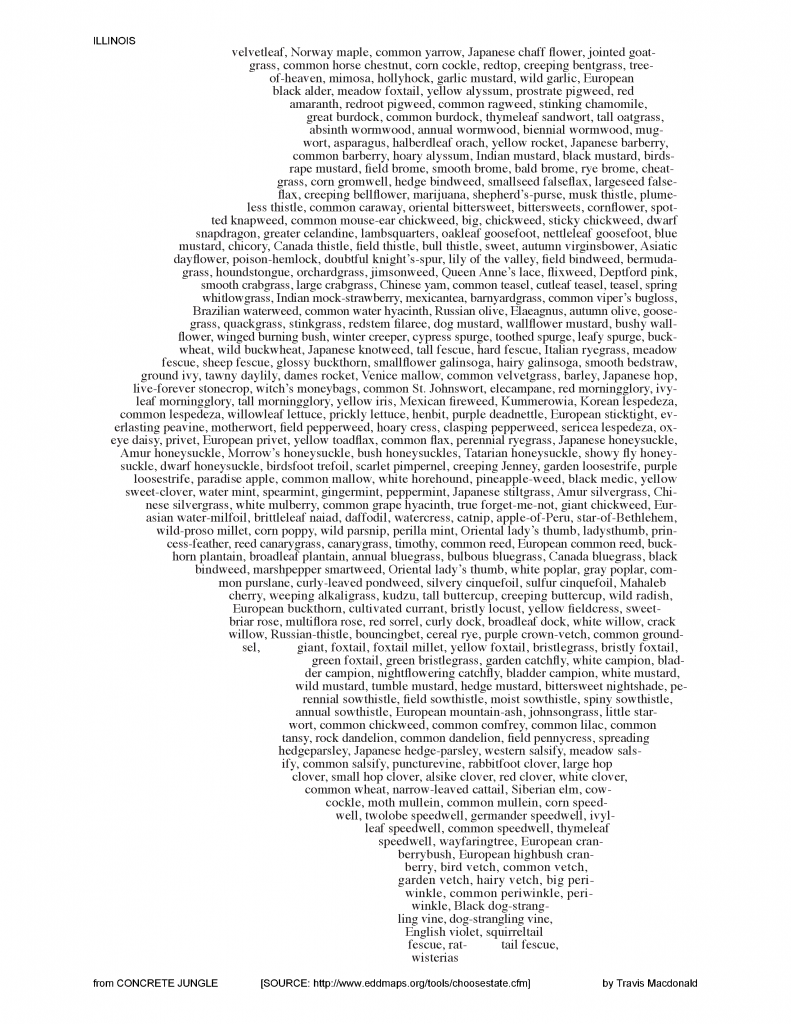 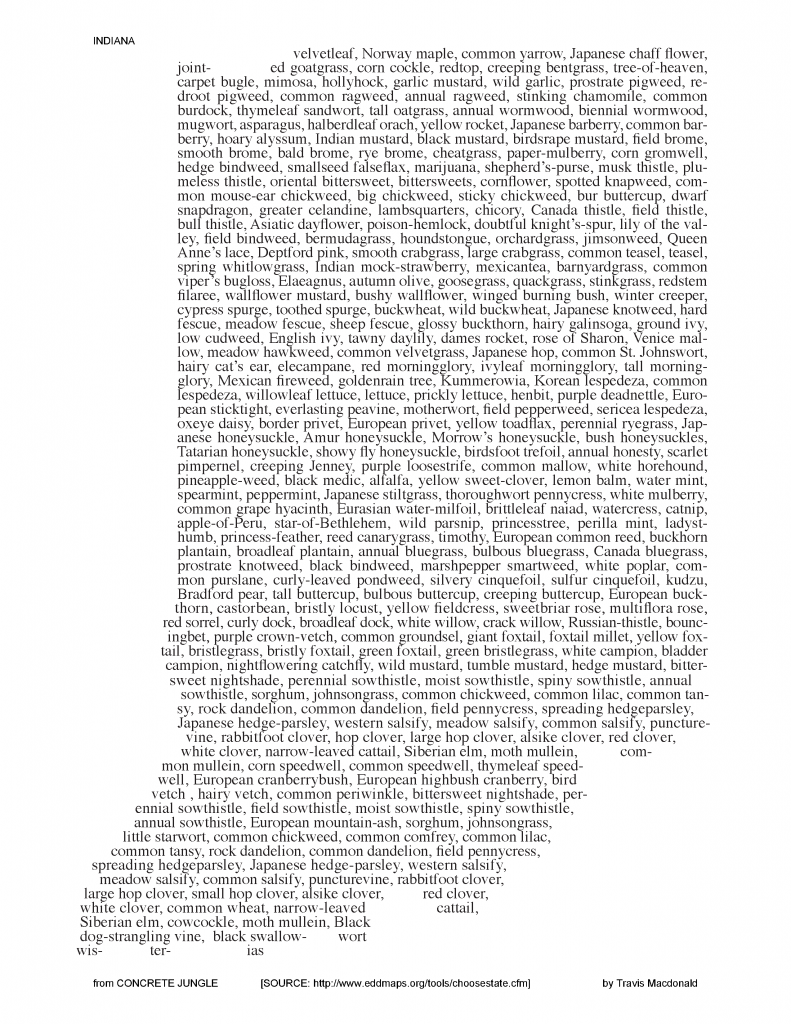 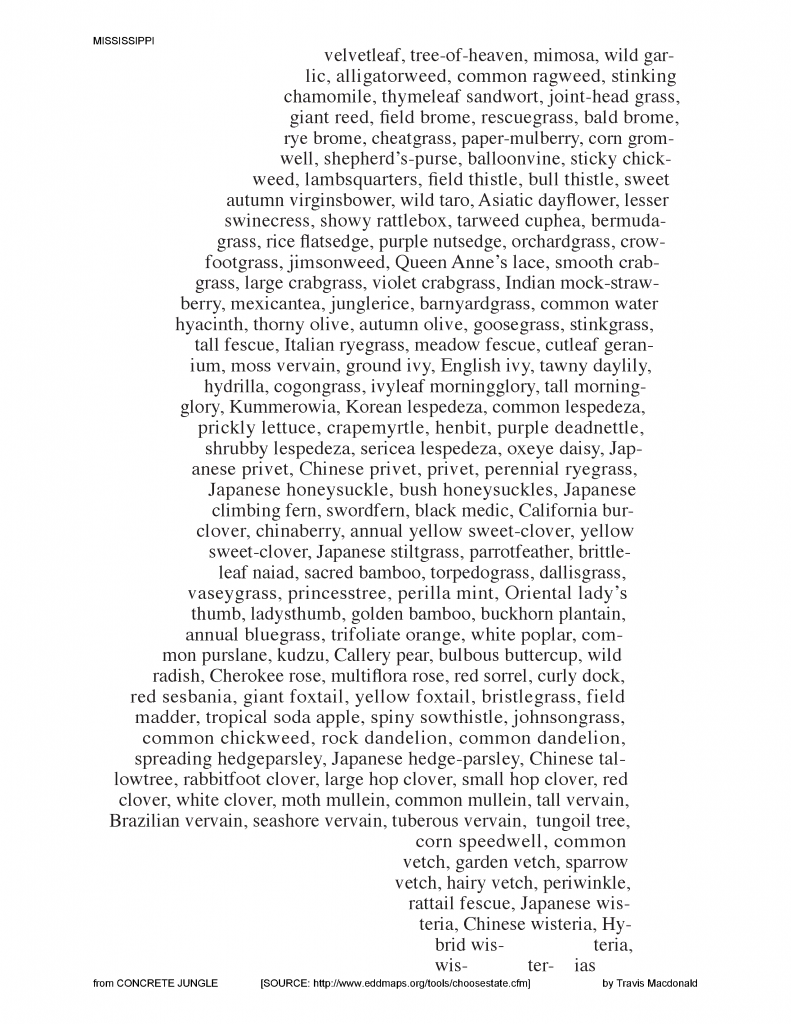 Source Text: These poems gather the the colloquial “folk” names of invasive plant species and arrange them according to the state borders where they are most commonly found

Travis Macdonald was recently named a 2014 Pew Fellow in the Arts. His procedural poetry has appeared widely in print and online journals around the world.

His first full-length book, an erasure of The 9/11 Commission Report, titled The O Mission Repo, along with his critical essay “A Brief History of Erasure Poetics,” is widely referred to as a benchmark in the genre of erasure poetry.

By day, he works as a Creative Director for one of the nation’s leading B2B Advertising and Marketing agencies. By night, he writes and co-edits Fact-Simile Editions with his wife JenMarie.