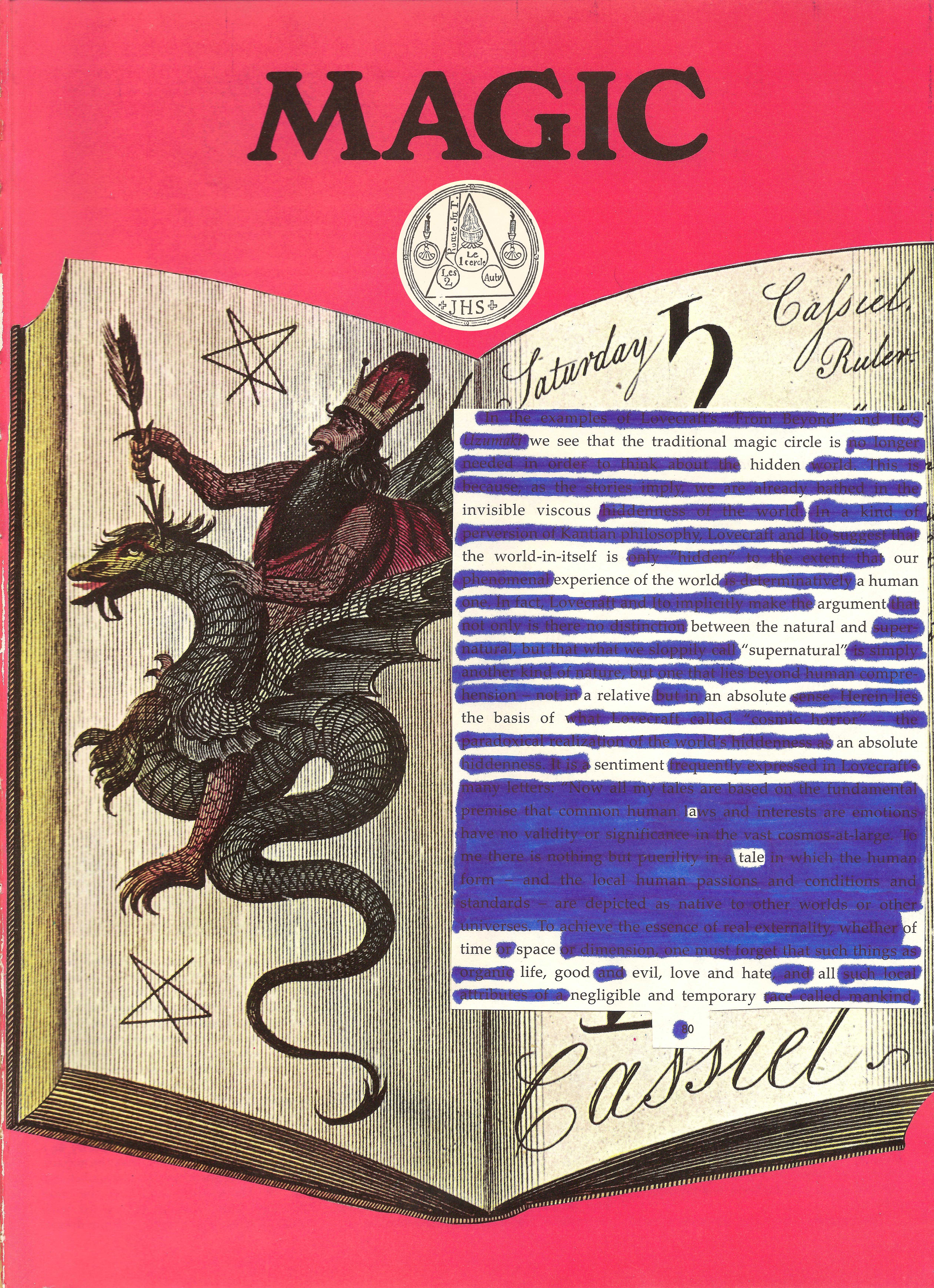 Source Text: In the Dust of This Planet by Eugene Thacker

Method: I sought to extract esoteric meaning from a book that was itself abstruse and hard to parse. In making  visual representations of alchemy I wanted to use a technique that would mirror the process of the alchemist to transmuting lead into gold so I settled on erasure and collage wherein I took existing elements and distilled them into a wholly different creation.

David Joez Villaverde is a Peruvian American multidisciplinary artist with forthcoming work in Show Your Skin, Moonchild Magazine, Ellipsis Zine, Dream Pop Press,The Fanzine, Mortar Magazine, formercactus, and Crab Fat Magazine. He resides in Detroit and can be found at schadenfreudeanslip.com or on Twitter @academicjuggalo

Method: I combined magazine clippings as well as some of my own photos to make this collage. The words “me too” are handwritten. My intention was to show a variety of female body parts, disconnected, mixed into a world of beauty. Women are often told to make themselves beautiful–and then blamed for looking so appealing: “How could the man resist?”

Source: A few of my own photos, but mainly magazine images and words from The New York Times Magazine, The New Yorker, Good Housekeeping, and one or two more that I cut out awhile back and no longer have the magazine covers to cite.

Mary Ardery’s poems and photos have been published in A Midwestern Review, Manuscripts, and Eye on the World. After living and working in Asheville, NC’s Blue Ridge Mountains for two years, she has returned home to the Midwest to pursue her MFA at Southern Illinois University.