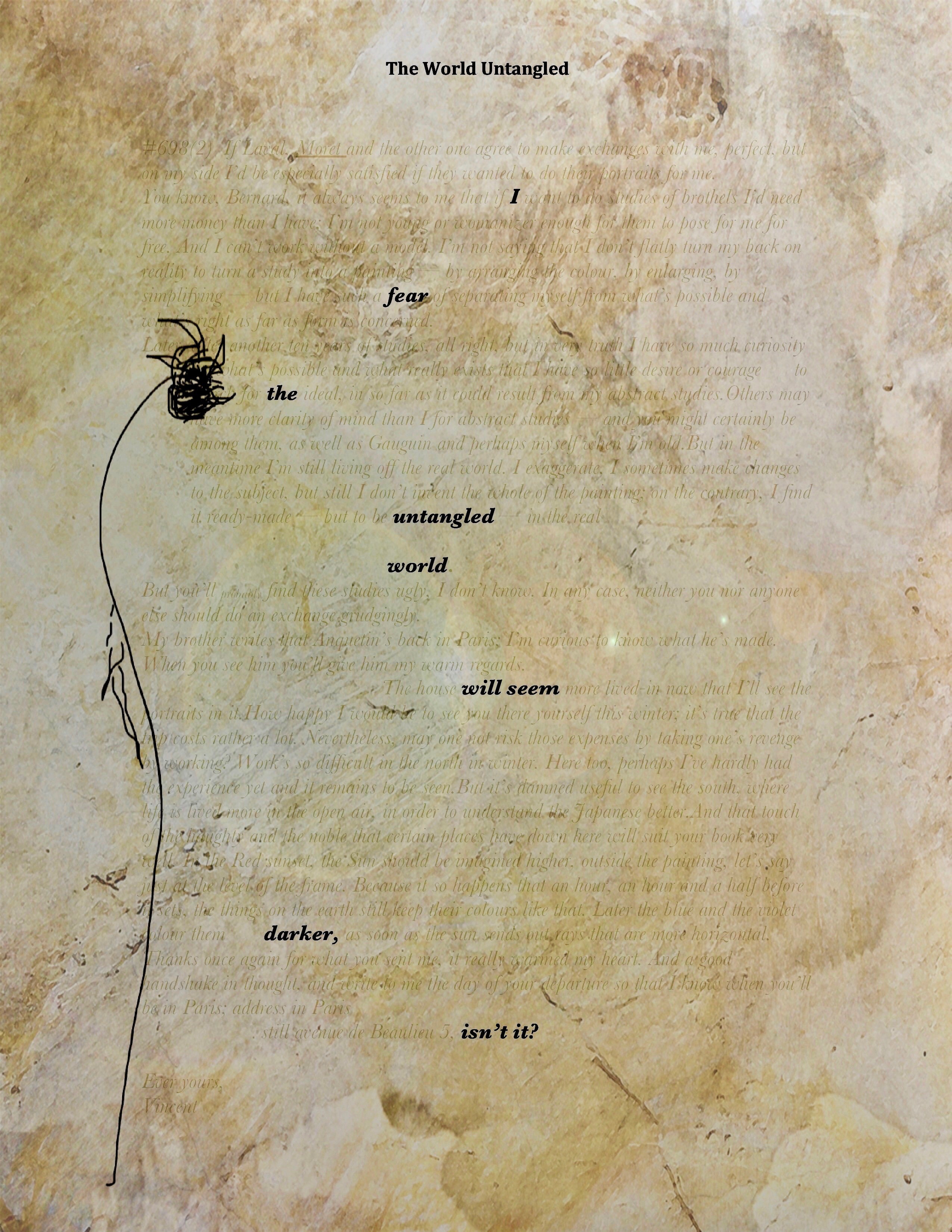 Source & Method: The letters of Vincent Van Gogh during the time he lived in Arles. Method: An intuitive mining of Van Gogh’s letters, to which I’ve been drawn since they were published online, and of which I’ve found new meaning through the omission of words, sentences, phrases and by coupling those words with images — they are poems that both speak to and haunt me.